Thousands of illegal gold miners come to the abundant rainforest of French Guiana in search of a fortune, leaving a trail of environmental destruction.

I am not sure which was more terrifying – the six-metre anaconda coiled beneath the floorboards of the research station or the Eurocopter pilot’s extreme acrobatics over the dense rainforest.

Two days in French Guiana and that was not the half of it.

Rainforest covers 98 percent of its territory and to enter the interior you either fly or take to the endless rivers and waterways that meander through a region of jungle the size of Ireland.

From above, this carpet of biodiversity spreads in every direction as far as the eye can see, the canopy a thousand shades of green. 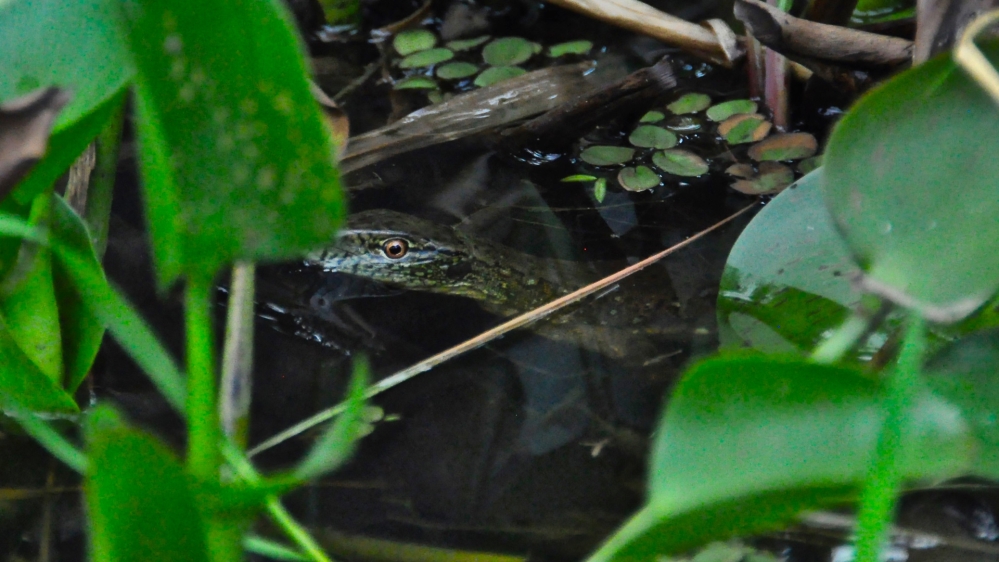 But then suddenly a great gash of brown appears where the trees have been ripped out.

The pilot banks the helicopter round 180 degrees and swoops down to hover 30 metres (100 feet) above the scarred earth.

People are looking anxiously skywards, scuttling about. Others are throwing machinery and pumping equipment into pools of muddy water.

These are the garimpeiros, the illegal miners, here from Brazil in their thousands in search of a fortune.

Illegal miners: Why they come

The Guiana tectonic plate stretches from Brazil through French Guiana and into Suriname. It is rich in minerals, especially gold. And it has been a pull for small-time prospectors since the 1850s.

But the rise in the price of gold in recent years has seen a mini gold rush. There are now around 400 illegal mine sites in French Guiana, employing around 7,000 people.

And that is a problem for such a pristine environment. 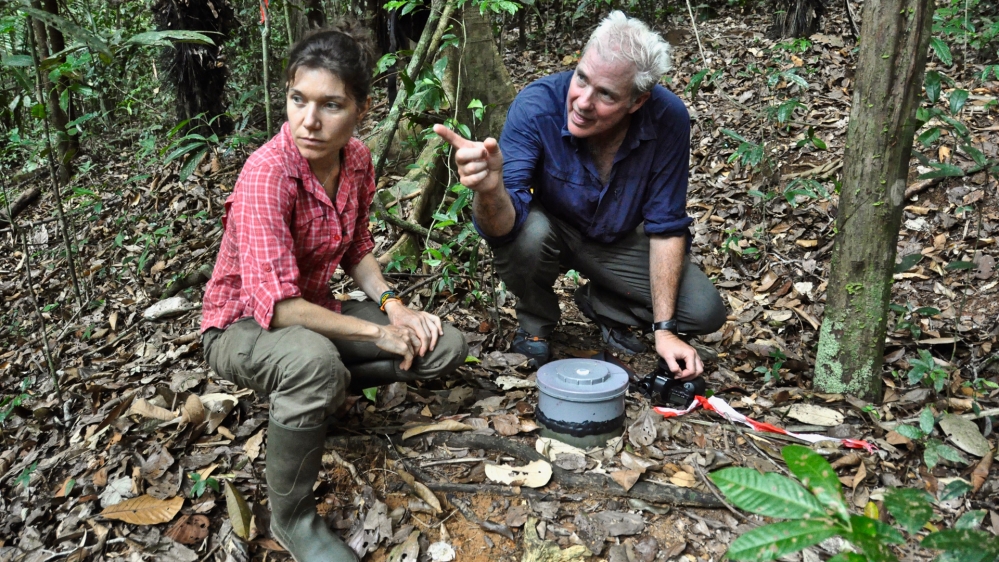 Around 10 tonnes of gold is extracted annually – worth an astonishing half a billion dollars. You can see the appeal.

Geopolitics: Protecting the little European corner of the Amazon

Also attractive is the fact that as a territory of France, the rule of law in French Guiana offers more protection than in Brazil, where often the authorities will shoot first and ask questions afterwards.

President Emmanuel Macron recently declared that France is an Amazon country and clearly has skin in the game.

That was a barb aimed at Brazilian President Jair Bolsanaro’s bullish position on Amazonia, as fires rage in the majority Brazilian part and the bulldozers raze large sections of forest for farming.

But it also means France must be seen to protect this little European corner of the Amazon.

“We have 600 soldiers, paramilitary police and other services, engaged daily in the fight against illegal gold mining,” Marc del Grande, the new head of regional government in French Guiana, told us. 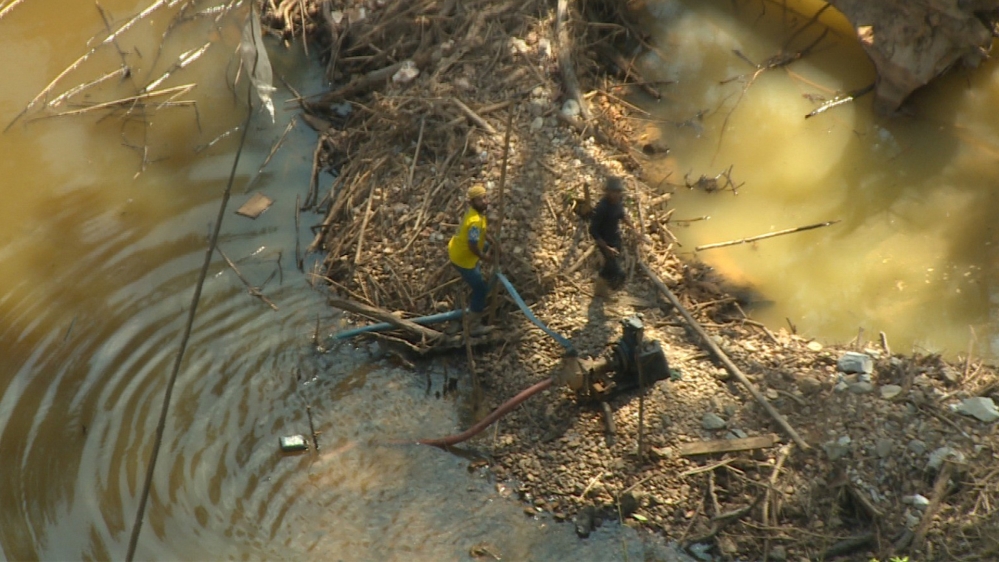 “Two-hundred of these are mostly soldiers but police, forestry and customs agents also sleep nightly in the forest. They lead patrols and small units of around 15 men.”

Satellite images are closely monitored and any changes in the forest canopy are passed on to the National Forestry Office which sends out helicopter teams to investigate.

The authorities here say their policy has achieved containment but acknowledge more needs to be done. At 1,000 kilometres (620 miles), the border with Brazil is the longest in France, the equivalent of the distance from London to Marseille.

Patrolling river and rainforest over that area is impossible. The garimpeiros know the multitude of waterways well and blocking all routes in and out is just not feasible.

Rapid bounty was the driving force that brought the French here back in the 18th century. And rapid bounty is again the lure in 21st. The difference is, it is now France that is trying to protect what it regards as its own patch of Amazon.

And to do that efficiently it is evident the rainforest must be tapped in other ways.

We flew over small, officially-sanctioned gold mines where companies must adhere to stringent regulations. That includes replacing forest destroyed once the mining operation is complete.